The Future of British Beer Looking Ahead with Jonny Garrett

The future of British beer! Who would have thought juicy hop bombs, Pastry Stouts and hazy beers would be the beers of choice in the modern era.

As an industry we’ve come a long way over the past 10 years. But at the start of a new decade, there’s no denying that British beer has a tough job ahead of it.

Whereas many of the slogans and marketing phrases that small, independent brewers used to pride themselves are now, sadly, meaningless; and as consumer demand for newer, bolder, wilder and more extreme beers only increases, solely relying on brewing a ‘great product’ and ‘letting the beer talk for itself’ simply won’t cut the mustard anymore.

This week, we’re joined by beer writer and host of the Craft Beer Channel, Jonny Garrett, to discuss what lies in store for the future of British beer as we head in the roaring 20’s.

Nick and Jonny talk about everything from GMO yeasts, the implications of Brexit, which brewers will be vulnerable to the market changes, and why marketing will be more important than ever for brewers looking to distinguish themselves in an ever crowded landscape. 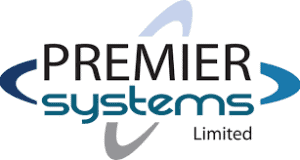 Today’s show is sponsored by Premier Systems, creators of BrewMan, the UK’s No.1 brewery management software, used by over 200 breweries and distilleries of all sizes.

BrewMan is a cloud-based subscription service with no long term contracts or any upfront set up fees and starts from just £20 a month. If you would like more information about BrewMan, or book a demo of the software, please get in touch at +44(0)2380 811 100, email at sales@premiersystems.com or visit premiersystems.com.