Rising the Hazy Waves of IPA with Pipeline Brewing Co

In this week’s episode, we’re talking all about brewing IPAs with Pipeline Brewing Co’s Jonny Cooper.

There’s not a shadow of a doubt that the craft beer revolution owes much of its success and prominence due to the humble India Pale Ale.

As we all know through historians and beer writers, the passage to India back in the 18th century was a lengthy excursion, giving the beer ample opportunity to change in its qualities while stored in wood for prolonged periods.

But there’s no denying that the humble IPA has long since been on an equally unparalleled voyage ever since.

Rescued from closure in the 1960’s, Anchor Brewery – arguably one of American’s first craft breweries of the modern era – released Liberty Ale in 1975 and was the archetype for the modern day IPA.

America’s love of extravagant flavours and hop-bills of biblical proportions counteracted the myriad of bland lagers offered from the same handful of multinational drinks corporations.

Taking inspiration from English brewers such as Fullers, Smith & Turner breweries such as Sierra Nevada, Goose Island and Stone drove the IPA craze to dizzy new heights, showing us Brits what brewers could really do when unleashed with hops flowers and pellets.

Whereas we gave the USA the template for the IPA, our Stateside cousins gave us Cascade, Chinook and the revered Citra.

In an Atlantic rivalry that can only be matched by The Beatles and The Beach Boys, it wasn’t long before British brewers were taking American hops and smashing out punchy IPAs such as Jaipur, Gamma Ray, Cannonball and Punk IPA.

And thus the cycle continues.

When juicy, hazy IPAs came onto the scene several years back, Manchester’s Cloudwater Brew Co rode the crest of the wave producing bigger, bolder, fruiter IPAs – setting a new precedent for the capabilities of hop infused beers in this country.

Most contemporary breweries of notoriety have largely gained their success off the back of a flagship IPA. (I’ve yet to meet a brewer who does not have several variations in their core range and plenty more in their back catalogue).

The types of IPA are endless… check out this article by Matthew Curtis written for Mash Marketing about IPA styles and how a Session IPA is an oxymoron:

IPAs sound easier to brew than they actually are… the good ones at least!

One brewer who is making waves in the world of IPAs right now is Cornwall based brewery, Pipeline Brewing Co. Should their beers be placed in a blind tasting lineup with the usual suspects, it would be hard to tell the real Keyser Soze apart: they’re that good.

There’s lots to be learned from Jonny – a passionate brewer with an insatiable thirst for juicy IPAs. I would highly recommend getting hold of his beers to taste and see for yourself that he certainly knows his stuff when it comes to brewing. 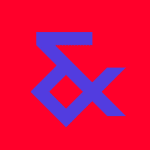 Fierce & Noble are based a Bristol based brewery defined by independence, committed to brewing modern, seasonal beer, with a fierce intuition that makes them unemployable anywhere else.

Though they never sought to be traditional, they still respect the nobility of craft. In fact, tradition is part of the adventure, helping them explore what great brewing means today.

Fierce & Nobel look to discover the extraordinary, to make beer that stimulates creativity and makes us all smile. Their path is their own, but you are welcome to join them on their journey and pick up from beer from fierceandnoble.com