Lincoln Green Brewing Co. approached us to refresh their brand to help them secure funding for the next stage of their business and present the cask producing brewery in a more contemporary light. 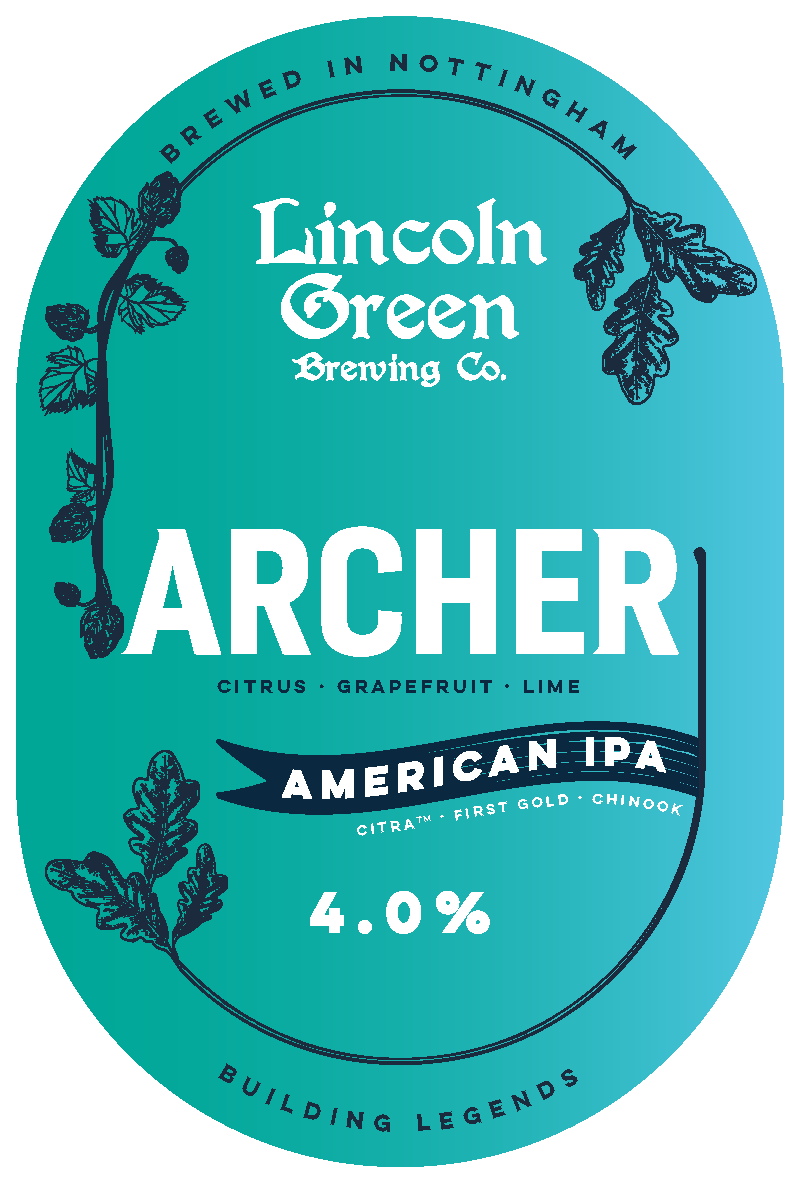 Brewery owner, Anthony Hughes, was especially keen to avoid 'feathers, arrows and pointed hats', given the company derives its name from the material colour of Robin Hood's tights.

Anthony says the names can be as unassociated with the English folklore legend as much as they can be taken and tied to the Nottingham fable. 'Archer is someone who fires arrows; Hood is something you put up when it rains; Marion is a girls name; and Tuck is something you do with your shirt into your trousers'.

In initial discussions with the team, we suggested that any references to Robin Hood should be implied rather than stated, hence the hand drawn oak leaf on the pump clips and labels.

In addition, we felt the original strapline - Ales That Become Legends - adopt a similar approach and be simplified to Becoming Legends.

I’ve been delighted to work with Nick Law from Hop Forward in a refresh of our branding – our bottle labels and pump clips had been in place since our beginnings in 2012 and the original designs were looking cluttered and ‘clunky’.

We’d attempted a refresh using a different design agency  in 2018 but never really fell in love with anything they offered – Hop Forward nailed the brief very quickly, with Nick grasping that we were looking for something cleaner, more contemporary, whilst retaining a feel of heritage and tradition.

Nick isn’t afraid to challenge back if he feels strongly about a design principle and we’ve found he’s usually right to do so – we’re really pleased with the end results and would heartily recommend him to others!

Looking for branding and design for your beer business?

Talk to us today about how we can help you develop your branding and marketing through bespoke design, suited to your budget and your business.