But it’s the modern classic, Sierra Nevada Pale Ale that thrust the brewery into the consciousness of consumers and has since long endured in the hearts of beer drinkers across the globe.

I’m convinced that many, if not most, in the brewing industry can trace their journey back at least in part to that first time they discovered that golden amber coloured ale, boasting all 38 of its International Bitterness Units (or IBUs) and Cascade hops: qualities which, now in 2021, seem merely casual next to the extremities of juicy, hazy NEIPAs or pithy, resinous West Coast IPAs.

The beer that inspired founder Ken Grossman, of course, was Fuller’s ESB: a brewery that itself is predominantly known for its own flagship brand, London Pride.

There’s something poetic that the journey of Sierra Nevada has gone full circle, very much in the same way The Beatles and The Beach Boys played creative ping-pong over the Atlantic, ramping up the volume on 60’s pysedelida with each record.

Yet, it would be wrong to simply discard Pale Ale or even the Sierra Nevada brand as Yesterday’s Brews, earning the ‘Been there, drunk that’ Untappd badge.

Over 40 years on Sierra Nevada still retains allegiance from both faithful fans or the newbie to craft beer who is discovering Pale Ale for the first time with a sense of reverence and awe…  and rightly so!

Who hasn’t stood at a shelf or at the bar and – despite all the other exciting beers you’ve never tried and may never even get to – reached for a bottle or uttered the words ‘I’ll have a pint of Sierra Nevada Pale Ale, please?’.

Recently, the Beer O’Clock Show – a long running podcast – ran an exclusive episode featuring the much-sought-after Ken Grossman.  If you haven’t listened to that episode, I’d encourage you to go listen to that first, before this one.  Steve and Martin did a cracking job of interviewing Ken and dissecting what everyone loves about those beers in such a fantastic way.

In this particular episode, though, we explore the brand through the eyes of Iain Newell: the European Managing Director for Sierra Nevada.

We take a deep dive into the world of exporting beer from the USA into other territories, how and why Sierra Nevada – a 100% family owned, operated, and argued over – brewery based in both Chico and now Mills River, North Carolina – resonates with drinkers as far flung as Russia; and we explore the newly launched Cascade Club – a Direct to Drinker and Business to Business e-commerce platform, and what that means for both consumers and those in retail and bar trade.

It’s evident from talking to Iain, he is well versed in the industry. Working for Whitbread, AB InBev and Heinekien – amongst others before assuming his position with Sierra Nevada – we managed to have some interesting discussion on brewery acquisitions and how Sierra Nevada have managed to remain independent after all this time.

Make sure you check out www.thecascadeclub.com/ 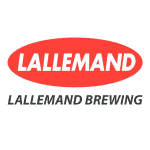