If you were to think about the top three locations in your country when it comes to beer and breweries, where would they be?

You may live in the United States, so I’m sure San Diego, Grand Rapids, Portland, Seattle or – basically – any city in Colorado spring to mind.  Perhaps you’re tuning in from Europe, Bruges, Munich, Copenhagen or Prague would be obvious choices.

Or, if you live in the UK, you’re probably thinking of cities such as Manchester with its many breweries cosily nestled in railway arches; London with its diverse and vibrant beer scene to rival anywhere in the world; or Sheffield – the cask beer capital of the United Kingdom.

What you’re probably not thinking is of the fantastic breweries and locations that don’t spring to mind first and foremost.

An example would be Conistone in the Lake District.  If you’ve ever had a pint of Bluebird Bitter on cask served at The Black Bull Inn & Hotel, you’ll know what a sacred experience and place that little village is.

Usually, if we go off the beaten track a little bit – both physically or metaphorically – we’ll quickly uncover a hidden gem just waiting to be discovered.

One such brewery is Devon’s Utopian Brewing.

There’s nothing better, in my humble opinion, than the technical prowess of a brewer who has mastered lager styles; the unintrusive malty backbone married with a subtle bitterness from floral hops, all underpinned by a clean fermentation profile… when done well, a genuine work of art!

And really good lagers from independent UK breweries are hard to come by.  However, Utopian Brewery’s lagers are utterly… utopian!

Until 2020, this 35 hectolitre brewery located in pictureqsue mid-Devon was relatively unknown, except to their local market.

However, while the lockdown saw many fumbling around for what to do next, it provided the perfect canvas for Utopian to reach out and connect with beer writers, broadcasters and make new friends in the industry.

So while Devon may not be the first place that springs to mind when you think about independently made craft beer in the UK as a whole, I’m sure Utopian Brewing certainly will for years to come when it comes to British made craft lagers. 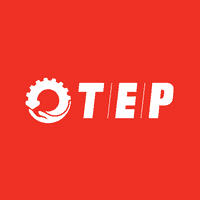 TEP Machinary’s fleet of lifting equipment, forklifts, and vehicles, coupled with their highly experienced team and extensive knowledge gained over 40 years means they can support you with all your equipment installation, removal, and movement requirements as well as providing support for your ongoing maintenance and repair access needs

Ensure your equipment is placed in the right location first time, every time – give TEP Machinery Movement a call today on 01937 558203. 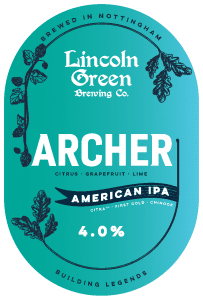 Lincoln Green have long been friends of the Hop Forward Podcast.  We got well acquainted with Anthony and the team who used our design services to give their traditional pump clips a brand refresh.

While at the brewery, I got to sample a variety of beers, including Archer – their extremely quaffable American IPA – and some special barrel aged beers that you will find out more about listening to this week’s episode.

If you’re after a fantastic pint and ales that become legends, then check out lincolngreenbrewing.co.uk