Looking Into the Abyss with Julie O'Grady from Neptune Brewery

Since 2015, Neptune Brewery have been brewing both traditional and modern quality beers.  In keeping with the brewery’s name – that, as you’ll hear was birthed from their parent business – the majority of their lucious beers are given water-themed names deriving from fish, the sea, and mythological creatures.

Neptune Brewery are well known, highly respected and fondly regarded around these parts on more than account of their beer.

Julie O’Grady and husband Les were keen homebrewers who took it pro and have gained a dedicated following since.  Julie has also been pivotal in a group of women called Ladies that Beer; an inclusive, open group for beer loving women who like drinking and learning about beer in beer and beyond.

I’ve been keen to get Julie on the podcast for some time to talk about their brewing journey and the various challenges that keep them on their toes day in, day out. 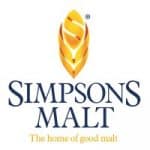 Today’s episode of the Hop Forward podcast has been brought to you by Simpsons Malt, the UK’s independent Home of Good Malt.

Do you sometimes find it difficult deciding which malts will work best in a new beer that you’re brewing? Well, a new online malt comparison tool from Simpsons Malt hopes to change that.

By heading to the Simpsons Malt website, you can now select between two and three of the company’s high quality malts and compare them directly against one another across four key metrics – flavour, usage percentage, colour and the beer styles they are best suited to.