Painting the Town Red with Round Corner Brewing

Earlier this year, I was fortunate enough to attend the Thursday trade session of BrewLDN – a festival and trade show in The Old Truman Brewery; a welcoming emporium of game changing beers, high quality street food, good-time DJs and general festivities.

Although COVID-19 was making headline news here in the UK, edging its way ever closer from far distant lands such as China and the-not-so-far-flung-Italy, talks of the novel virus in conversations were fleeting at best, usually sandwiched in-between casual chit-chat about the beers and atmosphere.

I’d attended the festival with several hats on – my networking hat, to hook up with business owners I’d arranged to meet; my podcasters hat – to record episodes I’d previously lined up (you can go back and listen to those if you wish); and my party hat on – to sample some of the finest beers London had to offer.

Having a young family means I don’t always get out to the latest beer festivals, trade shows, or even down the pub on a regular basis. So whenever I do get the opportunity, I saviour the experience even more so than I do the drinks.

On this particular occasion, I went with my good friend Darren from the Industry Tap in Sheffield. Darren’s a quality bloke and can definitely give me a run for my money as far as beer consumption is concerned.

(I have to confess, it was quite funny… having spent a couple of hours podcasting I’d probably had around a pint in total. But by the time I bumped into Darren around 3pm – baring in mind doors only opened at 1 – he was already slurring his speech and reminding me (yet again) to go and visit Round Corner Brewing’s stand. This was to become a common theme of the day, as we’ll soon see).

I ran into lots friendly faces from the industry, many of whom I’ve had the good pleasure to podcast with. And yet, it seemed, that in between every social interaction, Darren popped up asking the same question: ‘Has tha’ been to Round Corner Brewing yet?’.

After a while, it was difficult to elude the question. And, with my defences being down on account of a beautifully smooth yet 14.4% whisky barrel aged scotch ale (courtesy of Glen Affric), I finally succumbed and followed Darren into the throng of bodies all packed like sardines in a can… not a sentence I’ll be using to describe a bar or any other social event this side of COVID any time soon!

Darren introduced me to Combie Cryan, a larger than life Northern Irelander who – as his first gesture of kindness – offered me a beer and, as his second, a Melton Mowbray Pork Pie.

Not only were the Round Corner team very accommodating, but they were also highly entertaining. I don’t know whether the market town showmanship has rubbed off on them, but it seemed to be attracting a lot of people to their bar.

If their reputation precedes them, then – on account of their beers – I could see why. I was poured a plantation rum oak barrel aged dark lager pretty much instantly upon being introduced to them by Darren.

And I can tell you… the sheer flavour of this thing, I wish I could describe to you – magnificent! Deep, rummy, warming, and yet crisp, smooth and rich.

As we parted ways, Combie invited us to visit the brewery – a trip me and Darren intended to take this Spring until, lo and behold, we spent the warmest month of the year so far firmly not going anywhere.

But I was still keen to get Round Corner on the podcast, albeit virtually. They’d struck a chord with me and I couldn’t quite put my finger on why.

Not until the days that followed the recent death of my father-in-law.

On the evening he died, Combie and I were due to record the following episode you’re about to hear. However, with 25 minutes to spare, I had to postpone the recording last minute until after the funeral.

After some wrangling with the courier to get the package redirected to my home address, my wife and I opened the box to discover the same plantation rum oak barrel aged dark lager in a 750ml waxed topped bottle, accompanied a note of condolence from the team, suggesting we use the beer to raise a toast to my late father-in-law’s life.

(Needless to say, it is being saved until the family can be safely reunited to crack it open and do so).

We were both extraordinarily touched by this gesture of kindness.

And that’s when it hit me…

Beer really is by-the-by. We drink it today and piss it away tomorrow. Likewise, breweries and brands we adore today for the values they represent… and hate tomorrow when they disown us and sell-up to a global corporation.

Because it’s the people that make up our industry. The people are what makes the beer industry so great to work in.

Yes, there are some dickheads out there… but, for the most part, you don’t come across the same kind of sociable, creative, friendly, open and honest folk that you get beer and hospitality.

In retrospect, I think that’s what made that particular beer festival so special for me: the opportunity to reconnect with old friends, make new ones, and get well acquainted with and introduce our listeners to people as warm-hearted, real and dedicated as the team at Round Corner Brewing.

After a stop off Brick Lane’s Kill The Cat, we floated back to the train station and parted ways… Darren to St Pancras, me to Kings Cross… only… I wasn’t at Kings Cross when I came to board my train. In my pissed up little mind, I was in the right location. Only, the Fat Controller wasn’t convinced when he said, ‘No… this is St Pancras International. You want Kings Cross’.

Needless to say, it was as if the guard at the ticket gate could see the confusion in the eyes of someone who’d had an Old Chimneys imperial stout, a Glen Affric imperial stout and a plantation rum oak barrel aged dark lager from Round Corner Brewing (on top of all the other beers) and simply said nothing and opened the gate.

The whistle sounded and I floated onto the train, picking a random carriage when nature called. Shit… someone’s in the loo and I need it. After what felt like an age to my weak, frustrated bladder, the flush went, the door swung open… and out popped Darren!

Talk about a coincidence.

And what’s more, he’d left his phone in there! (Nob head!)

It was as Nissaki herself was watching over us, guiding us to the seats and table of two very poor, unsuspecting charity workers who had to endure these two piss-heads all the way home, with their craft beer talk!

Upon arriving in Sheffield, we parted ways and vowed to visit Round Corner Brewing… until we do (which will make an interesting episode in and of itself), you’ll have to satisfy yourself with this virtual discussion and beer tasting, recorded a few weeks ago, between me and Combie talking about how COVID-19 has impacted their business, how they’ve found reopening their tap room since social distancing measures have been relaxed, and taste some of their fantastic beers. 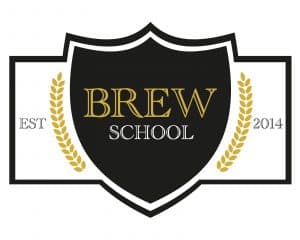 Brewing Jobs the UK’s only FREE dedicated brewing jobs board brought to you by Brew-School your No.1 for brewing and distilling courses.

Advertise your jobs for free or join up to receive your personalised brewing job alerts at www.brewing-jobs.com TODAY. 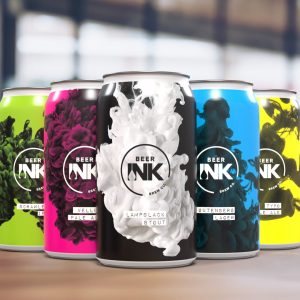 This week, we’re giving a shoutout to our good friends over at Huddesfield’s Beer Ink.

Check out their recently rebranded range of beers and bag yourself a discount throughout August using the code HOPFORWARD at the checkout. Visit beer-ink.co.uk