Is This it for Bottled Beer? How Cans are Taking Over the Shelves

My friend Sean has been running an award winning bottle shop in Sheffield’s Moor Market for the past five years.

As Beer Central’s 5th birthday approached, Sean started posting memories on Facebook of his slightly-less-disheveled-looking-self standing in his shiny new shop, surrounded by bottles of all shapes and sizes.

But, when you walk into Beer Central today, it’s an altogether different story.

Rows of cans adorn shelves as breweries strive to increase flavour stability, decrease light permeation, and keep up with market trends to appeal to drinkers in what is seemingly a race for arms.

Whilst speaking with Eebria’s CEO, David Jackson, last summer, I was informed that:

Breweries that have moved from selling bottles to cans have sold 3 times the amount of small pack through EeBria Trade than previously, when only selling bottles.

Three times! Because it’s in a can.

Not only has this dynamic changed in independent retailers who are quick off the mark, but even in supermarkets, you quickly notice the amount of shelf space dedicated to traditional 500ml amber bottles is slowly diminishing as more rows are filled with the cans of contemporary UK breweries.

Although bottled beer, like Fuller’s London Pride, Adnam’s Ghost Ship, and Black Sheep still have a space reserved, it’s evident that there’s a clear distinction being made – albeit wrongly in some instances – between traditional bottles and craft cans.

One of the main driving forces behind the sale of craft beer products is in the eye appeal.

Cans offer a larger canvas than their glass siblings to exhibit the unique designs that distinguish many modern beers from their more traditional counterparts.

Leeds based brewery, Northern Monk, go one step further with their Patrons Project, showcasing local creative art and design talents on a label that peels back to reveal the story behind the beer and it’s collaborators, further still enhancing the consumers experience.

So, should the beer we produce be judged, categorised and – ultimately – purchased simply because it’s in a can? 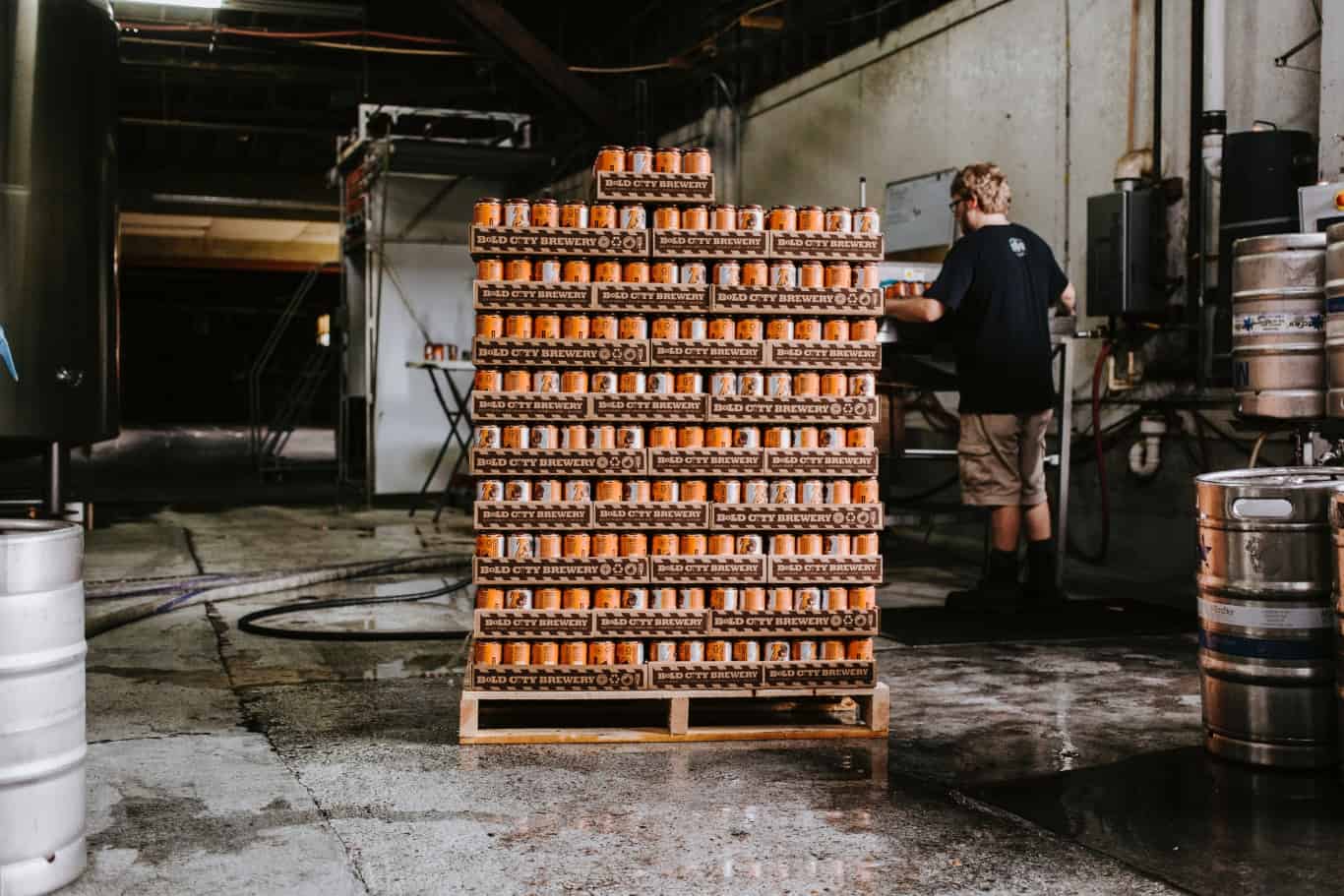 Jumping on the Canned Wagon or the Best Thing for the Beer?

Canning has both many advantages and disadvantages over bottling.

Whilst zero light permeation and keeping oxygen from getting into package is a major advantage, along with the durability, light-weight transportation costs, shelf appeal and recycleability, dissolved oxygen pick-up and packaging losses – especially if the beer cannot be kept at the necessary low temperatures ready for packaging – still remain a considerable downside.

Fellow brewing consultant, Graeme Hall, makes an interesting point of consideration for those weighing up the pros and cons of choosing to can:

“There are lots of side issues relating to bottle verses can: unfiltered vs sterile, filtered vs pasteurised; [you need to have] an understanding of the difference between Oxygen, Dissolved Oxygen and Total In Pack Oxygen.

TIPO will generally be higher in can compared to bottle if the yeast is removed due to the orifice size and inability to double evacuate the can”.

“Canning has many advantages and plenty of disadvantages, it’s not the perfect solution to beer packaging, but it certainly is on trend.

You should only choose to can if your quality programme is on point, and – no matter what anyone states – you will always get more dissolved oxygen pickup in can format (even with a very expensive canning line) than from a medium range bottling line, as the filling orifice is always bigger on a can and you can’t vacuum evacuate air in the can like you can a bottle easily.

“We won’t can until we can buy the right piece of kit to protect our beer.  Beer can very quickly oxidise, so we have to protect [our] beer.

We’re now in a position where we might be able to afford a canning line that protects beer as good as the bottling line, and we said we won’t [can] until we do.

When we looked at [liner] canning… the oxygen levels were just horrific, but that seemed to be the fad: people wanted to drink beer in cans!

Why would you want to do that when you can drink it in bottle, with lower oxygen and a better product at the end of it?  [Our] main concern that [we] weren’t going to go into a linear canner and produce beers with high oxygens, that everyone else was doing, until the technology was right.”

While it’s evident that any experienced brewer is able to discern the pros and cons of packaging in cans, one cannot simply ignore the market trends.

And, as Paul Weller says in The Jam’s classic, Going Underground, ‘Well, the public gets what the public wants!’

It’s hard not to cave in to the shiny, aluminum allure of canning, especially if that’s where the money is.

However, for all the creativity on display to win customers over – many of whom, let’s face it, make their initial purchasing decision largely based upon eye-appeal – if the liquid in the package doesn’t equally deliver then brand allegiance is quickly lost and slowly regained.

With so much choice available to consumers these days, an unfulfilling experience can also be a last one for a brewery’s brand.

As with the old Cask vs Keg debate, there is much to be said on the subject.

Bottles certainly have their place from a variety of perspectives: cost of entry, routes to market, product placement, packaging volumes, unique bottle shapes and sizes and oxygen levels are but a few advantages.

But there’s no denying cans are where it’s at and public perceptions are driving the market towards the current trend.

Whether it’s a lasting trend remains to be seen, but as Swindells summaries so beautifully:

“Cans at the moment are a must if you want to try and increase sales… great for the fast throwaway market we have now.

It’s “Beer Apartheid” and taking everyone’s eyes off the real thing we should all be looking at: the quality of the liquid inside the skin it’s packaged in.

We need to concentrate on beer quality across the board, before the embellishments.

But we will be a long time getting there in the current throwaway market.”

The moral of the story is simple: if you are able to brew excellent beers, keeping them in optimum condition ready for packaging, then why wouldn’t you jump on the canned-wagon and make hay whilst the sunshine’s?